The tides are turning globally, and brands are waking up to a new era of equality and inclusivity. Either as an active decision or a change forced upon them, our article ‘Brave New Female’ reflected on the need for brands to commit themselves to the honest portrayal of the real lives women live in.

Be it Dove’s latest campaign to #StopTheBeautyTest or Ariel’s ‘Share the load’, brands are stirring conversations that re-empower women as they break stereotypes to speak the truth and resonate with women everywhere who are ready to be all that they can be – and simply who they are.

We see the success of these campaigns with real purpose reaching all women regardless of age, geography or culture, but can the same sort of success be seen at a more literal, tangible, shelf level?

Semiotics as always, play a vital role on shelf with just a few seconds to take a stance in an increasingly progressive brand landscape. Colourways particularly are subject to social conditioning when designed to target genders. Brands are trying harder than ever to interact with women, but falling short with design cues that feel enforced, stereotypical or worse, practice “pink-washing”. In our recent series, the Portfolio Edit we spoke about the power of pink to be disruptive when used unconventionally. But more often than not brands adopt the traditional strategy of using more “feminine colours” to try and connect with women, with a missed opportunity of a more neutral approach that celebrates diversity and modern ideologies of female identity.

Take financial services, where the colour blue – often associated with men – is ubiquitous. While blue reflects a sense of stability, integrity and trust, the same may also be perceived as serious, stuffy and boring. Authoritative design cues combined with missed communication strategies have led the sector to overlook a highly significant consumer base – women.

Cue Klarna, the progressive payments start-up with a fluffy pink image, that is drawing attention from young female consumers. Steering away from the cold and serious ‘sea of blue’, the brand’s bright colour palette now adds vibrancy, fluidity and energy to an age-old mundane sector. But pink alone wasn’t enough. What truly elevated the brand was its effective communications strategy that combined payment empowerment to the next generation of female consumers with powerful women such as Lady Gaga and Celeste Barber. 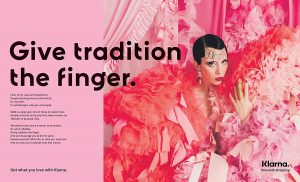 The beer industry is no different. Brewdog aimed to emphasise the universal and genderless love for beer with an attempt to tackle the issue of inclusivity when it comes to marketing beer to women. A predictable, and perhaps dated approach to deliberately label stereotypes as they renamed their infamous Punk IPA, ‘Pink’ IPA. While the intentions were good, the satirical approach faced severe backlash as consumers took offence to the concept of “Beer for girls”. Evidently, consumers don’t need reminding of the social constructs that seek to generalise, define and restrict them on a daily basis. 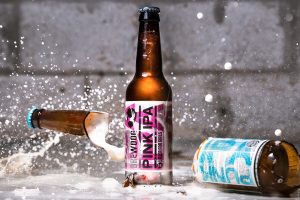 Such hostility and exclusivity is, in turn, promoting feminism and driving the need for a more open-minded, inclusive community.

Cerveja Feminista took a stance to protest against sexist advertising in Brazil. Drawing on the long history of the beer industry objectifying women through its marketing, the brand is stirring the conversation – asserting that you don’t need pinks and pastels to talk about women’s issues. The brand’s packaging is universal with a bold label, indicating that quality comes first, something that beer drinkers recognise without the need for gender-targeted marketing. 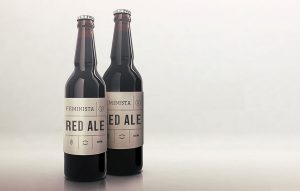 Our rebrand for Femfresh helped shift the stigmatised ideology around feminine hygiene as something to be embarrassed about to a revolutionised identity and packaging design that directly reflects female empowerment. We embraced a brave and dynamic brand identity through vibrant, expressive and colourful designs that made a confident statement on pack. The impact spoke for itself, as the brand successfully encouraged women to no longer be embarrassed of talking about and displaying their feminine hygiene on their bathroom shelves. 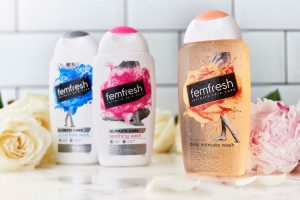 Why it all matters

Women today are taking over the reins at corporate levels as well as in their homes and their influence is reflected in the consumer market ecosystem. The past 3 decades have witnessed a 63% increase in the median income of women as compared to men’s that has barely increased by 0.6% (Forbes). Women now drive over 70% of global consumer spending but that comes with the concerning statistic that 80% of women say that they have lost trust in brands (Forbes).

So not just today, on International Women’s Day, but every day, it’s about so much more than jumping on the band wagon, gaining short term attention that later erodes brand trust.

It’s an opportunity for a mutually beneficial space where a brands words and actions are grounded in purpose and meaning with real relevance for women, effectively harnessing this largely untapped purchasing power.

It’s a chance to earn real trust because you were there when they needed you most.