Her Majesty The Queen

Her Majesty The Queen

This year, Her Majesty The Queen became the first British monarch to celebrate a Platinum Jubilee, marking 70 years of service to the people of the United Kingdom, overseas territories and the wider Commonwealth.  Across the country, people, businesses and brands got into the spirit to celebrate and join in the occasion. 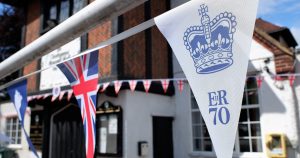 HP and Heinz have taken a place on British dining tables for more than 200 years combined, so they were some of the first to jump in on the Jubilee fun. To mark the special occasion, the two most iconic sauces joined forces for the very first time, with a royal makeover fit for a Queen. The sauces received the royal treatment with HP Sauce becoming ‘HM Sauce’ and Heinz Salad Cream becoming ‘Heinz Salad Queen’. 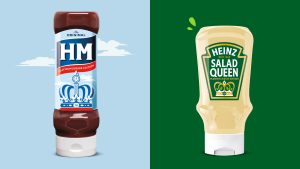 Marmite became ‘Ma’amite’ inscribed on a red, white and blue label with a crown in the centre. For over one hundred years, this nutritious savoury spread has graced the tables of the British people and the nod to Ma’am – the correct mode of address to The Queen after an initial introduction – was a majestic touch.

A recent poll revealed that almost half of the nation said that the Jubilee was an opportunity to eat more quintessentially British dishes in honour of Her Majesty, classics such as afternoon tea, strawberries and cream, and fish and chips. Brands used the opportunity to affirm their patriotism towards the monarchy and showed they are proud to be recognised as British. On a pure commercial level, brands know the release of limited edition, unique occasioned products boost consumer sales, but why? 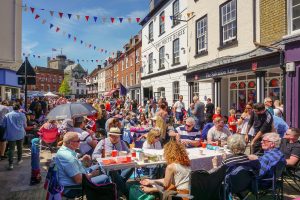 The Jubilee was an opportunity to connect and unite people, providing a sense of community, a reason to come together with friends, family and neighbours to celebrate the occasion. Across the country we all knew we had two days off for the Jubilee, it was everywhere and you could not escape it.

For many it was an opportunity to show we are proud of our country, and grateful for Her Majesty’s extraordinary leadership and service over 70 years, but even if you didn’t fall completely into this cohort, most of us could not resist wanting to feel part of the party.

We all love to be included and the child within us responds to the exclusivity to play and participate in such an auspicious occasion, looking on in awe at all the pomp and ceremony, from the Mall and Trooping of the Colour, to the lighting of the beacons, the military fly-past and the Pageant. The Jubilee national holiday, with its limited time invitation, played to that underlying emotion and gave us all access with the Platinum ‘ticket’. 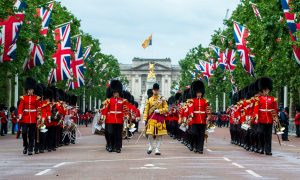 For one long bank holiday weekend the hierarchical and social differences between the ordinary person and the Royal Family felt removed. We felt part of her Majesty’s VIP party, and we were all invited.  We recreated and extended the experience in our back gardens, on our streets and in our workplaces. People got dressed up at home in red, white and blue, they wore fancy clothes, put up bunting, and taking centre stage in the entertainment in our homes was an array of Jubilee branded and themed products.

By consuming or using these, we felt connected in the hand, heart and mind to the Royal Pageant, and became by extension characters in the events and performances played out on television in London and across the Realm.  At bluemarlin we were proud to serve a limited edition Rowse honey that we created around celebrating our ‘Queen Bee’. 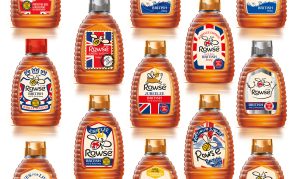 For many around the world, the Queen is the link back to their ancestry, their heritage, a unifying symbol and an iconic identity to which we relate and identify. She has ruled longer than any other British monarch, including the previous record-breaker Queen Victoria.  It is amazing to think that she has been served by no less than 14 Prime Ministers, from Sir Winston Churchill in 1952 to Boris Johnson today.  Congratulations and thank you, Your Majesty. 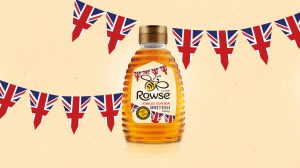 The freedom in constraint  (and why less really can mean more)